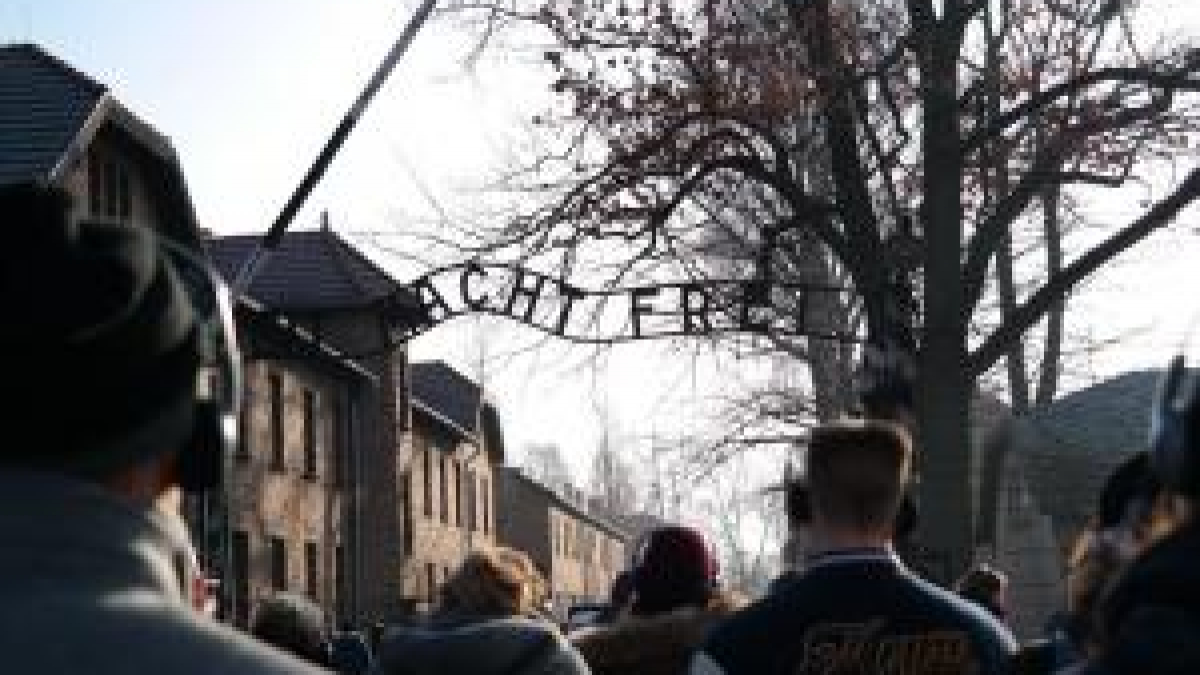 Andromachi Poulou, alumna of EUROPEANS FOR PEACE, participated in this year’s youth encounter of the German Bundestag on the occasion of the Day of Remembrance for the Victims of National Socialism and shares her experiences with us:

“How do you give a young person the opportunity to deal with history in a practical way? You give him/her the chance to participate in an international youth exchange, which has exactly this focus. This chance was also given to me and therefore, thanks to the EVZ Foundation, I had the opportunity to participate in the youth encounter of the German Bundestag between 23 and 29 January 2020 in Berlin and Auschwitz on the occasion of the German Bundestag’s commemoration hour for the victims of National Socialism.

These 6 days included a very intensive and challenging work with the Nazi era, but this time not from far away and through scientific and factual books, but directly at the site of the crime and in connection with people who personally experienced these crimes against humanity.

The days between January 24th and 28th were very enriching for us 60 participants from different countries (Germany, France, Austria, Israel, Ukraine, Hungary, Russia, Poland, Czech Republic, Belgium, USA, Greece), as we were allowed to spend them in Oświęcim/Auschwitz. With two guided tours in the former concentration camps Auschwitz I (main camp) and Auschwitz II (Birkenau) the discussion about a very dark time began. Each evening reflection in working groups focused, among other things, on the fact that such significant historical events must be known to all young people and young adults. This was also clearly reflected in our two contemporary witness talks with Mrs. Lidia Skibicka-Maksymowicz and Mrs. Walentyna Ignaszewska-Nikodem.

On 27 January we had the honour to participate in the commemoration of the 75th anniversary of the liberation of the concentration and extermination camp Auschwitz in Auschwitz II (Birkenau), where the importance of commemoration and remembrance was supported by speeches of survivors (Batsheva Dagan, Elza Baker, Marian Tuski and Stanislaw Zalewski).

Also on January 29th we had the honour to participate in the commemoration hour in the plenary hall of the Reichstag building in Berlin and afterwards in a panel discussion with the President of the Deutscher Bundestag Dr. Wolfgang Schäuble, the Bundespräsident Frank-Walter Steinmeier (President of the Federal Republic of Germany) and the President of the State of Israel Reuven Ruvi Rivlin – ראובן רובי ריבלין and to ask our own questions such as “What is Germany doing today to fight against anti-Semitism, right-wing extremism and other forms of racism?

My motivation to take part in this meeting was based on my interest in learning more about the history and secrets of a very difficult time, in order to broaden my knowledge, which I definitely succeeded in doing. I was also confronted with the topic “memory work”, which will accompany me in my future plans.

Such projects offer a unique connection not only between past and present, but also between past and future. Because we have to know and understand our history, which was written by us humans, to prevent it from being repeated.”

The German Bundestag reports about the Encounter in a short clip: https://dbtg.tv/cvid/7424522.