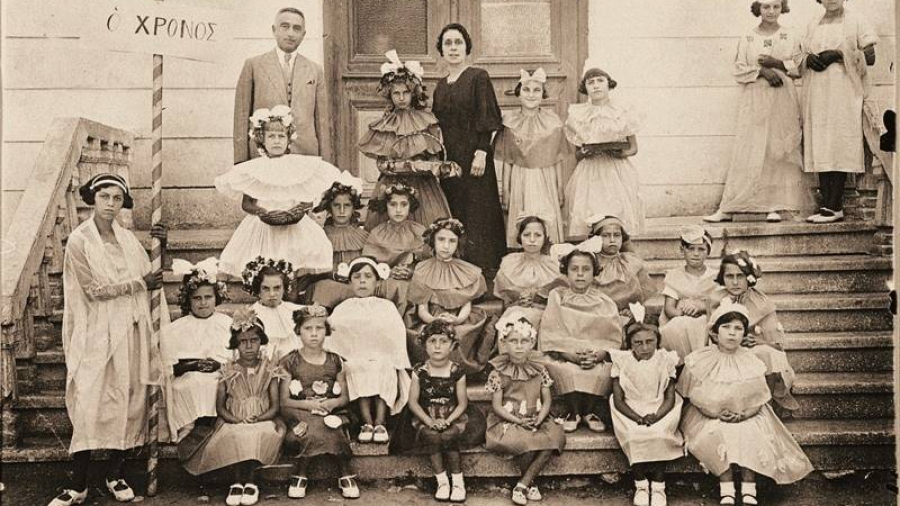 Jewish history goes back far into the past. The discovery of an inscription from Attica dating from 300-250 BC is the oldest archaeological evidence of Jewish life in Greece.

Many Jews immigrated to Greece in Roman times and made the beginning of the Byzantine Jewish Communities. These Communities mainly settled down in cities on the mainland and on the largest Greek islands in the 12th century CE.
“Romaniotes” is the name these Jews got later. They were distinguished by their activities in the fields of weaving, dyeing of textiles and the silk industry. The “Romaniotes” were already speaking Greek and even had the ability to write in the Greek language with the help of Hebrew letters.

During the Ottoman occupation the society was separated into Muslims and non-Muslims. Second-mentioned were less respected but allowed to practice their faith and had restricted autonomy on community matters. After some time Ottomans realized the importance of an active Jewish Population which is why the Ottoman Empire let the persecuted Spanish and Portuguese Jews into the country. These Jews were called Sephardim (Sepharad=Spain) and had their own language (Judeo-Espagnol), folklore and customs. But some smaller groups also came from Hungary and Southern Italy.

A story of a Sephardic family in Greece during the Second World War can be read here.

Thessalonica, a city in the northern part of Greece, had one of the largest Jewish communities in the whole world between the 16th and 18th century. Other ones of great importance were also those on Rhodes and Crete. Especially the latter one was famous for the development of Rabbinical Philosophy.

An enormous step forward for the Greek Jews was the founding of the modern Greek State in 1832 which had the consequences that all citizens (including Jews) were granted equal civil rights from year 1882 till 1920 when all Jewish communities in the country were recognized as legal entities.
After the Balkan Wars (1912-1913) the Greek borders have been widened, which brought the number of Jewish people in Greece to the maximum of approximately 100,000.

During the Second World War the Greek Armed Forces (consisting to a large extent of Jews) fought against the attacks of Italy (1940) and Germany (1941). Nevertheless, almost every Jewish community was completely wiped out in times of Occupation by the assassinations at the death camps. Only 13 percent of the pre-war Jewish population survived.

After the end of World War II the Jewish Community of Greece became even smaller because of the urge to emigrate – mainly to the U.S.A. and Israel. That is why only about 9 Jewish communities are left in Greece nowadays, including 5,000 Jews.

Even though a lot of things happened in the past, the Greek Jews have always been a very active part in the country’s public life. An example is the Jewish representation in the parliament and the Senate (now abolished).

(image and text information were extracted from the following website: Jewish Museum of Greece)