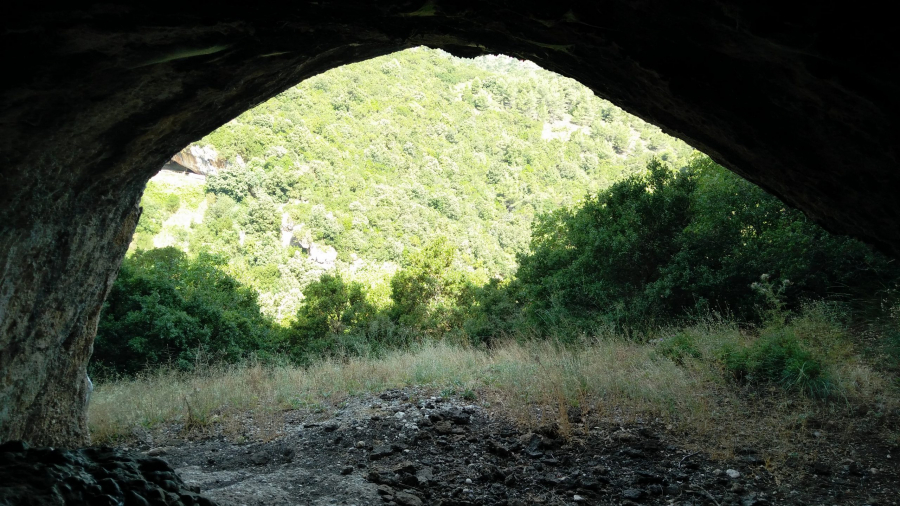 During her first return to Kryoneri Rivka Jakobi communicated her wish to visit the cave she found shelter in one more time, after so many years had passed. She really set her heart on showing her family and friends the place that kept her safe from multiple situations connected to the German occupation. Since no one had stepped foot on the path over decades, it was completely grown over by plants and no longer accessible.
Rivka met some volunteers from the “Filoxenia” organisation and told them her story, from the moment she fled Athens all the way to when she moved to Israel. Every single youngster listened intently and by the end they decided to take on the task to open up the path to the Karamanos Cave.
Under leadership of Mr. Poulos, a group of volunteers cleared the way to the cave in summer 2017.
The following video illustrates the process of clearing the path as well as Rivka’s second visit.